Jurors: Helping Them, Help You. 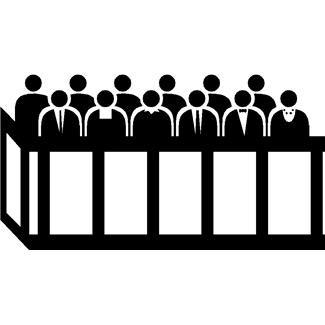 “I consider trial by jury as the only anchor ever yet imagined by man, by which a government can be held to the principles of its constitution.” —Thomas Jefferson to Thomas Paine, 1789.

Jurors… They are truly the heart and soul of our justice system. No invention known to man has a greater potential to add to the cause of justice than a jury. They represent a microcosm of democracy. All typically must agree on the outcome. There must be compromise and a degree of open-mindedness, if there is to be a resolution at all. Most arrive wishing they were somewhere else and leave transformed by the process of being asked, in the name of justice, to render a decision that will profoundly effect the lives of the litigants before them. Their collective intellect, wisdom and conscience is more powerful and productive of good than any single man sitting in judgment of another person’s actions or decisions. Under English law, jurors stood between the crown and it’s subjects. They acted as a check on tyranny by the crown against the people. The following analogy about the “Old Man, the Boy and the Bird” demonstrates a jury’s awesome power. I first saw this analogy recited years ago on “Sixty Minutes” by renowned trial lawyer, Gerry Spence. It is a fitting way to end a closing argument as Spence liked to do: