← Plotting Your Strategy: Does Your Trial Have a Theme?
Outlining Your Questions… Is There a Better Way? →

On direct examination Indiana Rule of Evidence 611 requires you to use non-leading questions to elicit information from a witness.  Like a good journalist you must uncover the Who, What, Where, When, Why and How. Incorporating these words into your qu 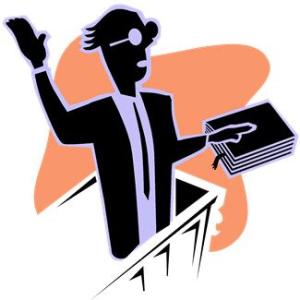 estions will avoid leading the witness and prevent objections concerning the form of your question.

​Like a good journalist covering a story, jurors are going to want to know the who, what, where, when, why and how of the witness’s story. As the writer Rudyard Kipling so aptly put it:

I kept six honest serving men.
They taught me all I knew.
Their names were what and why and when
and how and where and who.

Make sure to take advantage of primacy and how you structure your examination so that the most telling points of the witness’s testimony will stay with the jury. To formulate your questions in a non-leading fashion, make sure to use these common terms.

​Questions typically have to be asked in a non-leading fashion. That being said, there’s nothing to prohibit you from asking topically leading questions each time you introduce the jury to a new topic. Just like the journalist, you can use transitions to act as headlines for what is coming in your examination. For example, you could introduce a topic by stating: “I would like to talk with you about the day of the accident. Would you tell the jury how your day started on June 15, 2012?” You can also build your examination on testimony that has already been provided the witness. So if the witness provided you with testimony on a topic, you can link your next question to the information already provided. The witness tells you that they were in shock after the collision, you can follow-up with a question such as, “You said you were in shock after the collision, how did that affect your ability to communicate with those around you?”

The use of non-leading questions makes the witness the focus of the jury’s attention and allows for a more narrative and natural delivery of information to the jury.  This enhances the witness’s connection with the jury and their credibility.

← Plotting Your Strategy: Does Your Trial Have a Theme?
Outlining Your Questions… Is There a Better Way? →