“A Tail Isn’t a Leg” Analogy – Saying its So, Doesn’t Make It So

Ever have an attorney argue a question of law or fact which just was not so. Some people believe if they say something loud and frequently enough, it makes it so. Abraham Lincoln had a pretty clever way of dealing with such tactics.

On one occasion, Abraham Lincoln, as a young trial lawyer in Illinois, was arguing a case with a lawyer whose version of the facts came more from the attorney’s fervent imagination than the testimony and evidence before the Court. Lincoln in his argument turned to the other lawyer and eviscerated him through a series of questions and answers:

“Tell me, sir, how many legs does a calf have?”

And if I call a tail a leg, how many legs would that calf have?”

And the answer came back: “He’d have five.”

Abraham Lincoln slammed down his hand on the jury box and roared “No! He’d still have four.

Just because you call a tail a leg doesn’t make it a leg.”

So now let’s see how many tails, you have been calling legs in this case. 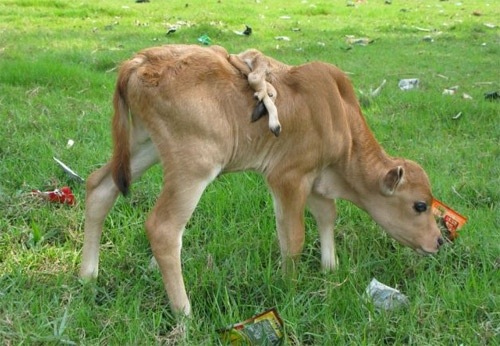 Posted on May 7, 2013, in closing arguments and tagged Analogies anecdotes. Bookmark the permalink. Leave a comment.