← How to Avoid Bad Questions and Answers
After the Party’s Over: How to Handle a Deposition Errata Sheet →

Refreshing Recollection. A client needs to be thoroughly familiarized with what it means to forget as opposed to not knowing something. If one says, “I don’t know,” something, that means it was never in their brain. “I don’t remember,” on the other hand, means that the information was once in their brain, but cannot be retrieved. At the time of trial, an, “I don’t know,” will be utilized to establish that your client is lying. When in doubt, a client should answer, “I don’t recall,” or “I don’t remember,” as opposed to, “I don’t know.” If a client does not remember, you can salvage their testimony by either refreshing recollection under Indiana Rule of Evidence 612, or the information can be established as past recollection recorded under Indiana Rule of Evidence 803(5). These provisions are discussed below in greater detail. 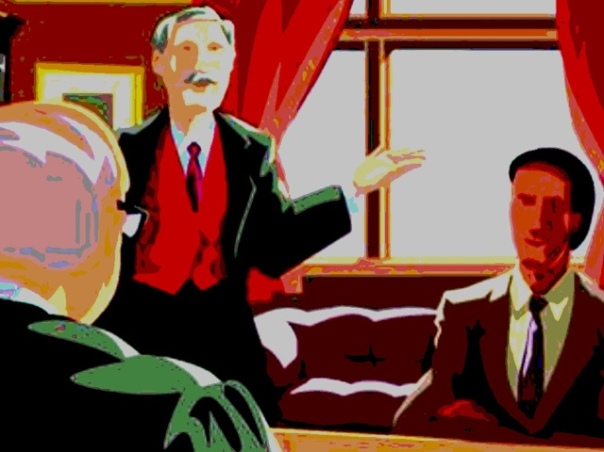 Indiana Evidence Rule 612(a) provides: “If, while testifying, a witness uses a writing or object to refresh the witness’s memory, an adverse party is entitled to have the writing or object produced at the trial, hearing, or deposition in which the witness is testifying.” Although this evidence rule contemplates the use of writings to refresh a witness’s memory, it “does not address the method by which the witness’s memory may be refreshed.” Thompson v. State, 728 N.E.2d 155, 160 (Ind.2000) (quoting 13 Robert Lowell Miller, Jr., Indiana Practice § 612.101, at 225 (2d ed.1995)), reh’g denied. In Thompson, the Indiana Supreme Court outlined the proper procedure for refreshing a witness’s recollection as follows:
The witness must first state that he does not recall the information sought by the questioner. The witness should be directed to examine the writing, and be asked whether that examination has refreshed his memory. If the witness answers negatively, the examiner must find another route to extracting the testimony or cease the line of questioning. Thompson, 728 N.E.2d at 160 (quoting Miller § 612.101 at 226). In Thompson, the Court recognized that Indiana Evidence Rule 612 does not suggest, much less require, that a writing used to refresh a witness’s memory have been prepared by the witness. Id. at 160-61.
Indiana Evidence Rule 803(5) provides that the following is not excluded by the hearsay rule:
Recorded Recollection. A memorandum or record concerning a matter about which a witness once had knowledge but now has insufficient recollection to enable the witness to testify fully and accurately, shown to have been made or adopted by the witness when the matter was fresh in the witness’s memory and to reflect that knowledge correctly. If admitted, the memorandum or record may be read into evidence, but may not itself be received as an exhibit unless offered by an adverse party.
Federal Rule of Evidence 612 provides that: if a witness uses a writing to refresh memory for the purpose of testifying, either-(1) while testifying, or (2) before testifying … an adverse party is entitled to have the writing produced at the hearing, to inspect it, to cross-examine the witness thereon, and to introduce in evidence those portions which relate to the testimony of the witness. If it is claimed that the writing contains matters not related to the subject matter of the testimony the court shall examine the writing in camera, excise any portions not so related, and order delivery of the remainder to the party entitled thereto.
Rule 612 is applicable to depositions and deposition testimony by operation of Federal Rule of Civil Procedure 30(c), which governs depositions upon oral examination. See Federal Rule Civil Procedure 30(c) which provides that “[e]xamination and cross-examination of witnesses [during depositions] may proceed as permitted at the trial under the provisions of the Federal Rules of Evidence except Rules 103 and 615”.
If used the document to refresh his recollection, the Court must still make a determination on whether the “writing contains matters not related to the subject matter of the testimony.” Id. Make sure to cover these points with your client so that you are in a position to rehabilitate them.

← How to Avoid Bad Questions and Answers
After the Party’s Over: How to Handle a Deposition Errata Sheet →